AUG. 7TH, 1921--1ST BASEBALL TEAM TO FLY TO A GAME. On this Sunday morning, the Marysville Merchants left Marysville by auto and traveled north to a farm near Gridley, Ca. where they boarded the Friesley Falcon and became the 1st baseball team to fly to a baseball game. The team flew back over Marysville, over Sacramento, and then back to Woodland. The historic 80-mile flight was piloted by Captain D.M. Spencer, designer and builder of the 12-passenger plane. The Merchants may just as well hitch-hicked to the game as they were trounced 16-4 by the Woodland Legionaries. Members of the Merchants included Charles Brown, Bryden Kelly, Lewis Wilcoxen, Willis Laughlin, Charles Hust, Cliff Gottwalls, Tyrrell Brooks, Lou Anthony, Gerald Trayner, and Clyde Nanwell.

1959--RAY WEBSTER FROM BROWNS VALLEY HITS HIS 1ST MAJOR LEAGUE HOME RUN AND LATER IN THE SEASON GOES 3-4 WITH A DOUBLE AND SCORES 3 RUNS AS THE CLEVELAND INDIANS CLOSE IN ON THE NEW YORK YANKEES FOR THE AMERICAN LEAGUE PENNANT.He also drove in 3 runs while facing the great Don Larsen, the only pitcher ever to throw a perfect game in the world series.

​1959 LINDA CUBS WIN FOOTHILL AMATEUR LEAGUE CHAMPIONSHIP--Manager Jim McKinney's Linda Cubs defeated the Auburn JACL (Japanese American Citizens League) two games to one in the best of three FAL playoff series to capture the championship. The Cubs began the season by reeling off 9 straight FAL victories and captured the league's 1st-half title. JACL, previously a member of the Placer-Nevada League, won the 2nd half with a 6-1 league mark. In game one of the finals, the Cubs were crushed 12-2 at Auburn however bounced back in game two when Bob Dier tossed a three-hitter. Southpaw Hugh Moncur from Yuba City via Yuba College tossed a complete game to win the final. 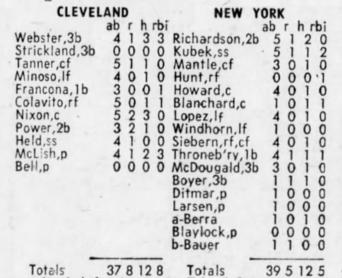 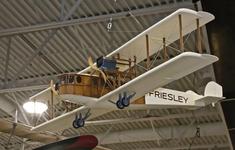 JUNE 8TH, 1934--In a rematch of 1933 final, Knights Landing claimed the 1934 Peach League championship with a 17-6 win over the Marysville Foresters as Mike Carlson allowed one run in 7 innings to pick up the mound victory. Marysville had won the '33 title. Carlson, a Knights Landing native, later in the year pitched for the Sacramento Senators of the Pacific Coast League where he allowed one run in 2 innings pitched. Marysville had won the Peach League's 1st-half title while KL advanced to the title game by winning the 2nd half. Knights Landing then lost a 3-game, end of the season series 11-3 and 2-1 to the Yuba City Merchants, winners of the Placer-Nevada County League. The Marysville Giants of the Sacramento Valley League then defeated the Merchants and Bill Fleming (future major leaguer) in a 3-game Community Championship Series (6-7, 10-7, 10-4).

The Peach League was a lesser amateur league with teams located along the Yuba and Feather Rivers. The most famous player to have ever played in the Peach League was the great "Lefty" Gomez, who pitched for Barry when he was a teenager. The most notable team was the Hammonton Miners, a team founded and run by Emmett Schofield. Schofield, at age 23  played for the San Francisco Seals where he hit .278 (5-18) in 1906 and a year later hit .244 (71-291 with 3 HR's) for the Vancouver Canucks of the "B" Northwestern League. Other notable Miners included Vint Spencer and Gene Brocker. Spencer moved on to play several years in the premiere semi-pro Sacramento Valley League where he was an all-star 1st baseman for the Marysville Giants. Brocker who toured Japan with San Francisco Seal great "Lefty" O'Doul on a goodwill mission after WWll averaged .282 over the course of his 4 years in the minor leagues including stints with the SF Seals and Sacramento Solons during the 1940s.

At one time during the mid-forties, Hammonton was considered by Sacramento Valley League officials as a traveling-team entry where the Miners would play all their league games on the road. The town of Hammonton, now a registered ghost town, was founded in the late 19th century and demolished in the mid-1950s. Its sole purpose was to dredge the Yuba River for gold which got washed downstream after hydraulic mining. The town attracted ballplayers by offering jobs working on the dredgers.