Alan Muchlinski wrote a book about 'the Swede" and he's been highly scrutinized in other publications. Charles "Swede" Risberg was born and raised in San Francisco, California. He grew up in the city's North Beach area and at age 10 survived "The Great Quake" of 1903. As a young teenager with a blazing fastball, he became a star pitcher at the local semi-pro level and at age 17 he got into 2 games with the "AA" Vernon Tigers of the Pacific Coast League where he allowed 5 runs in 4 innings. Risberg was sent to the Ogden, Utah Canners of the "D" Union Association and converted to a shortstop where he hit .284 but committed a whopping 68 errors in just 81 games after starting the 1913 season at Spokane of the B-level Northwest League with a 1-3 record and 8.79 ERA. The next year, he returned to Ogden and hit .366 in 122 games before getting called up to the Venice Tigers of the Pacific Coast League where he hit .313 in 14 games. After two more seasons ('1915, '16) with Venice/Vernon of the "AA" PCL, Risberg's contract was bought for $4,000 by Chicago's Charles Comiskey. At age 22, "Swede" Risberg was now the starting shortstop for the 1917 Chicago White Sox. At the end of the 1916 season, the Richmond Eks hired Risberg to pitch in the California "Bushers" or semi-pro state championship series against the Marysville Giants. He relieved "Pop" Arlett and struck out 3 of the 5 batters he faced, however in a 2-0 losing cause. Marysville's "Wiz" Meikle, who would commit suicide 14 years later,  shut out the Elks for the 2nd game in a row to claim the title.

"Swede" only hit .203 with one home run in 149 games during his rookie season. He was benched at the end of the year and only made two pinch-hit appearances during Chicago's 1917 World Series' championship over the New York Giants. He hit .256 with one homer in 82 games the next year before returning to California later that season to hit .308 for an Alameda shipyard team, probably in an effort to avoid the military draft during WWl. He hit .256 with two HRs for the 1919 White Sox and .266 with two homers in 1920. Risberg went 2-25 and made 4 crucial errors in the 1919 World Series against the Cincinnati Redlegs.

Although a utility player, "Swede" Risberg has been dubbed as an instigator and one of the ringleaders between "the Mob" and the eight Chicago White Sox players who supposedly "threw" the 1919 World Series. Although acquitted of conspiracy and any wrongdoing in a jury trial, baseball commissioner and federal judge Kenesaw Mountain Landis blackballed Risberg and the other seven Sox players from major league baseball and any other teams associated with MLB, including the minor leagues. The banishment was a life sentence. It's been noted that Risberg received more than 4-times the amount for his role in the scandal that the tight-fisted Comiskey was paying his light-hitting utility player. 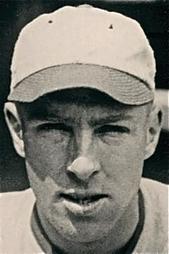 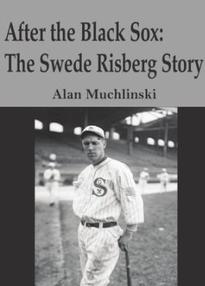 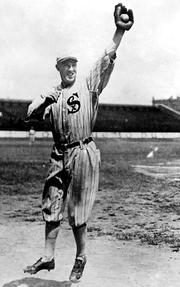 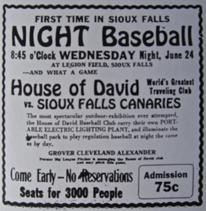 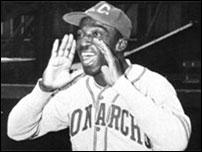 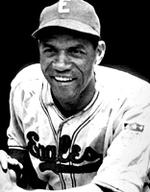 Not only was Risberg and the other outcast Black Sox players banned from the major leagues or any affiliated minor league team, but other teams were also barred from competing against any team that had blackballed players on their roster. Still, Risberg and a few others found a way to make a living playing baseball for independent semi-pro teams. In 1922, Risberg and a few other banned players formed a traveling team called the Mesaba Black Sox and toured the Northern Midwest playing exhibition games against semi-pro teams from the Minnesota-Iowa and Mesaba Range Leagues. Risberg reverted back to pitching as pitchers were paid the most money and his fastball was good enough for semi-pro action. In 1923, he pitched for the Rochester, Minnesota Aces and went 20-5 with a .382 batting average for the 41-18-2 Aces. The next year he went 22-9 and hit .361 for the same Aces. In 1925, he teamed up with banned ex-White Sox pitched Happy Felsch to lead the all-professional Scobey, Montana Giants to a 51-8 record, playing tournament and exhibition games. Risberg had a 9-1 record. After a game in Moose Jaw, Saskatchewan, a few of the Scobey players took turns punching out a heckling Canadian fan.  A mob soon formed and the Scobey team had to high-tail it out of town. Risberg was no stranger to fisticuffs. Even before his problems as a Chicago White Sox, he had a reputation as a mean and surly ballplayer. In the minor leagues, he once punched an umpire after a called third strike and got into a fistfight after getting taken out at 2nd base on a double-play attempt. Swede was often lauded by his teammates but mostly despised by the opposition.

There were several ways in which Risberg made a living as a paid semi-pro baseball player. At times, he received a set percentage of the gate or profits after expenses were paid, which turned out to be minimal. At Scobey, he earned $600/mo. plus a few expenses, which was more than what some major-leaguers made at that time. Risberg began the season of 1926 back in Rochester where he hit .479 with an 8-1 pitching record before leaving midsummer and joining a Watertown, South Dakota team and hit .533 with an 11-1 record. Swede just seemed to go whichever way the wind was blowing or where ever the money was best. In 1927, he returned to Watertown and went 12-3, but he may also have suited up for the traveling Lee Dellage's Cubans, which operated out of the tiny town of Lignite, North Dakota. Another way in which he supplemented his wages was to play as a "ringer" or "hired gun" and get paid by the game, tournament, or victory.

Risberg began the 1929 season playing tournament baseball for the Oilers of Virden, Manitoba, Canada where only 4 games were played in Virden. The main competition was the Brandon Greys of Manitoba, Minot, North Dakota, the Toronto Oslers, the Detroit Colored Giants, and Gilkerson's Union Giants, originally out of Chicago, but based in Bismarck, North Dakota. Later that summer, Swede joined a team from Jamestown, North Dakota, where he was mostly used as a 2nd and 1st baseman. He hit .472 with a 3-1 pitching record. He gave up 18 runs in 36 innings, an indication that he was losing, it as far as pitching was concerned. All of the games were played in Jamestown. The next year at Jamestown, he went 6-5, allowing 26 runs in 39 innings with only 67 strikeouts in 94 innings.

Risberg played his last 2 seasons in the Midwest for the Sioux Falls, South Dakota Canaries before they joined the Class-D Nebraska State League which would have automatically put Swede out of a job, even though his skills were waning at age 36. In 1931, he hit .364 (3rd best on the team) with a 4-0 record although he only pitched 47 innings as the Canaries' #4 pitcher. He was listed as the team's 2nd baseman from Blue Earth, Minnesota where he owned a farm. The Yellowbirds, as they were often called, were an all-salaried team with several ex-minor-leaguers that finished the year at 71-24. They played teams such as the Kansas City Monarchs with Chet Brewer, John Donaldson's All-Stars, and the House of David, managed by Hall of Famer Grover Cleveland Alexander. The following year, the Canaries played the Cuban Red Sox with Luis "Lefty" Tiant Sr, father of the great Major league pitcher known as "El Tiante". Sioux Falls also played one game in 1932 against the Kansas City Monarchs, an 8-5 loss, that featured, "Cool Papa" Bell, Willie Wells, and Brewer. Brewer at age 25, later became part of the legendary Monarch pitching rotation that included Satchel Paige and "Bullet" Joe Rogan. Bell and Wells later became members of the National Baseball Hall of Fame. Some of the Canaries' best competition came from all-negro teams. They weren't allowed to play in MLB's minor or major leagues.

Swede Risberg only pitched 17 innings for the 1932 Canaries with a .298 batting average. During his 11 years as a paid semi-pro "outlaw" ballplayer in the mid-West, he also tried to supplement his income by owning a farm, a car dealership, a hotel, and a miniature golf course. All were lost during the years of the depression. Ironically, he later lost a leg due to infection from an old spike wound. Shortly after the 1932 season, Swede moved back to Northern California where he owned a successful tavern in Weed, California and raised two of his four sons, Robert and Gerald "Mickey" Risberg. Robert set a California state track and field record in the 440 while at Weed High School while Mickey starred as a 1st baseman at Shasta College, Chico State and for several semi-pro baseball teams in Northern California including the Mt. Shasta Seals, Weed Sons of Italy and the Twin Cities Giants (Yuba-Sutter). 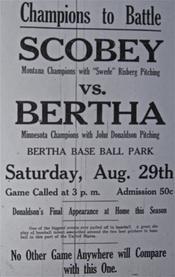 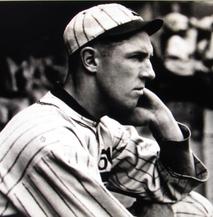