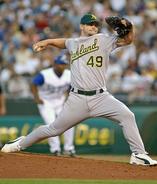 winning it it all.

Coach Jerry Weinstein is the winningest coach in Sacramento City College baseball history with his 830-209-12 win-loss record and .790 winning percentage. His career California Community College win total is second only to Santa Ana College coach Don Sneddon and his 1072-383-3 record. Jerry Weinstein graduated from UCLA and began his coaching career there as a coach for the freshman baseball team in 1966 and 1968. He was an assistant coach at the University of Miami in 1984 before beginning his career at Sac City where he won or shared 18 conference titles including a State title in 1988 and a National crown in 1998. He was named National Community College Coach of the Year in both of those years. Weinstein coached the Expos of the Gulf Coast League (rookies) during the summer of 1989, the Geneva Cubs and the Williamsport Cubs of the lower A NY-Penn League in '93 and '94 and the Modesto Nuts of the upper A California League from 2007-2011. His career minor league record stands at 465-449 (.509 winning percentage). Weinstein also served as coach of the United States National baseball team during the '92 and '96 Olympics when they finished in 4th place behind Cuba, Chinese Taipei, and Japan in '92 and 3rd in the '96 games. Cuba defeated Japan in the finals.

Sacramento City's Athletic Hall of Fame reads like a major league all-star team inducting such stars as John "Spider" Jorgensen, Larry Bowa, John McNamara, Ken Forsch, and Greg Vaughn. Other notable Panthers include Buck Martinez, R.J. Reynolds, Jeff Blauser, Fernando Vina, and F.P. Santangelo, although two of these Panther stars of the late eighties were later named in the Mitchell Report for the use of PED's. Jorgensen, McNamara, Bowa, Blauser, and Vaughn all saw action in MLB's World Series. All total, Sac City has sent 41 players to the major leagues. 237 Panthers have signed professional baseball contracts.

Along with her five state rings, the Panthers have won 38 conference titles, including a National championship. In 1951, Sacramento City College, then known as Sacramento Junior College, won her first state title. That team went 29-3 including a 14-1 shellacking of the Division l Golden Bears of the University of California at Berkeley, a four-year college. Center fielder Norman Coons was named team MVP as he led the Panthers in home runs, rbi's, triples, hits, runs scored, and steals. Catcher and team captain John McNamara, after a lack-luster minor league career, moved on and became a major league manager. He won an American League pennant while piloting the Boston Red Sox and was one out away from winning it all. Johnny Mac was named American League manager of the year.

A second state title came in 1953 when pitcher J.C. Masters led the Panthers to a 25-5 season. Two years earlier, he led his McClatchy High School Lions to a City and Section championship with their perfect 22-0 season, the beginning of a McClatchy 40 game winning streak. Masters finished the '53 season with an 11-1 record, recording 79 strikeouts in 78 innings. He also homered and tossed a 2-hit shutout against Grant Tech, now American River, in the Northern California championship series.

In 1988, the Panthers recorded a record 8th CNC conference title in a row and won their 3rd state title when they defeated Rancho Santiago in the state final. F.P. Santangelo was named CNC Conference Player of the Year and led the state with his 45 stolen bases. Coach Jerry Weinstein was named National Community College Coach of the Year.

In 1998, Sacramento City College won a National championship with her school best 44-2 record including 37 victories in a row, bested only by Cerritos' 40-1 state title in 1970 and the Howard College Hawks of Big Springs, Texas with their 63-1 National championship season in 2009. Sac City pitcher Mike Neu posted a perfect 15-0 record while freshman Matt Riley raked in a record Junior College signing bonus of $790,000.00 with his 8-1 record. Neu was named Big Valley Conference Pitcher of the Year, Northern California Pitcher of the Year and Junior College All-American as he struck out 139 batters in 108 innings with a 1.44 ERA to go along with his undefeated season. Neu received a scholarship to the University of Miami where he posted a 3-1 record with a 2.94 ERA and struck out 110 batters in 67 innings while pitching for the 1999 College World Series champion Hurricanes. Neu's 14.8 strikeouts per nine innings led the nation. Neu spent 4 years in the minors with the Cincinnati Reds organization before making his major league debut with the Oakland A's in 2003. He also pitched for the Miami Marlins and logged a 3.72 ERA with 22 K's during his brief Major League career.

Sac City was down to their last out, trailing by a run with two outs in the bottom of the ninth inning of the 1999 California Community College State final game when shortstop Joe Thurston stepped to the plate. He delivered a clutch two-run, game-winning double sending the Panthers to back-to-back state titles and their 5th state championship over-all. Thurston was named tournament MVP. The versatile infielder/outfielder was an all-around ballplayer, literally, as he moved on and spent 16 years as a professional ballplayer, playing for 29 teams in 14 different leagues including 7 seasons in the Major leagues. Thurston combined to hit .226 during those seven stints in the majors. His best year as a professional was in 2008 when hit .316 and 11 home runs for Pawtucket of the AAA International League.

In 1946, Spider Jorgensen became the first Sac City baseball player to reach the major leagues. He spent five years in the big leagues with a career batting average of .266. He was the California League's 1941 MVP after batting .332 for the Class C champion Santa Barbara Saints. Larry Bowa averaged .260 over the course of 16 years spent in the Majors. The hot-tempered shortstop won five golden gloves while with the Phillies. Greg Vaughn hit 355 home runs during his 15 years in the majors with a career .242 batting average. His best year was 1998 when he hit .272 with 50 homers and a .597 slugging percentage while with the San Diego Padres. Average wise, Fernando Vina leads all former Sac City players with his tainted major league career .282 batting average combined over the course of 12 years. Before attending Sac City, Vina hit .506 at Cosumnes River, a school record that still stands today. Pitcher Ken Forsch tops all Panther pitchers with his career major league 114-113 record and combined 3.37 earned run average over the course of 16 seasons. He was a two-time major league all-star and once tossed a no-hit shutout against the Atlanta Braves.

Weinstein served as the Los Angeles Dodgers' director of player development in 2000 and 2001 before returning to the college ranks where he was the pitching and catchers coach at Cal Poly San Luis Obispo from 2001-2005. In 2012, the Colorado Rockies named Weinstein as their catcher's coach and the following year he was put in charge of player development for their minor league system. In 2014, he published a book--The Complete Handbook of Coaching Catchers. 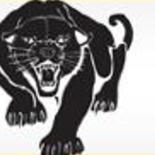