Lead-off batter and 2nd baseman Lee Mohr was born in The Dalles, Oregon and spent eight seasons in the minor leagues as a professional after his year with the Loggers. In 1941, at age 20, he hit .258 for the Canton Terriers of the level-C Middle Atlantic League. The following year, he hit .254 for the Greensboro Red Sox of the "B" Piedmont League before spending four years in the military. Upon his return, he hit .320 for the highly publicized (Bull Durham) Durham Bulls of the level-C Carolina League. In 1947, Mohr hit .332 with seven home runs (his best season as a pro) for the Vancouver Capilanos of the "B" Western International League with 651 at-bats before batting .255 with another 55 at-bats for the Seattle Rainiers of the AAA Pacific Coast League. He spent three more years with Seattle, combining to hit .285 over the course of his four years at the AAA level.  Mohr hit .294 with seven home runs in 3,664 at-bats during his 8-year stint as a professional. He ended his pro career at age 29 with the Oklahoma City Indians of the Double-A Texas League with a .275 batting average.

The battery for the 1964 Northern California Baseball League champion 14-0 Calaveras Cement Co. were teenage sensations John Strohmayer on the mound and Bill Plummer behind the plate. Both wound up in the major leagues. Plummer was born in Oakland, California, attended Anderson Union High School in Anderson, Ca. and Shasta Junior College in Redding before signing an amateur free agent contract at age 18 with the Chicago Cubs in 1965.  Plummer, noted mostly for his defensive skills and Johnny Bench's backup, served 10 years in the major leagues with a career .188 batting average although he did outhit the great Cincinnati catcher in 1976 when he hit .248, his best year, and Bench hit .234. The 102-60 Reds went on to win seven consecutive post-season games by sweeping the Phillies in the NL championship series and the Yankees in the World Series. Plummer's best season as a pro was 1971 when hit .266 with 17 home runs and a .470 SLG for the Indianapolis Indians of the AA American Association. Plummer also logged 21 years as a manager beginning in 1980 when he piloted  San Jose of the Class-A California League. The following year, he guided the 84-48 Wausau Timbers to a Midwest League championship and in 1987, his 84-57 AAA Calgary Cannons won a Pacific Coast League North title. In 1992, Plummer managed his first and only season in the major leagues when his lowly Seattle Mariners finished dead last with their 64-98 record. He moved on to manage the AA Jacksonville Suns for two years leading the Suns to a 1st half-title in 1996, and most recently, skippered the independent Chico Heat to a Western League championship in 1998.

JOHN STROHMAYER was originally from South Dakota. After moving to Northern California, he attended Central Valley High School at Shasta Lake, Calif. and the University of the Pacific in Stockton. During the summer of 1967, Strohmayer led the semi-pro Yuba-Sutter Twins to a Placer-Nevada League championship. He pitched all three games of the league's 2-out-of-3 championship series, losing 2-1 on a 2-hitter in the opener, and winning 7-1 and 5-2 in games 2 and 3. On the season, he logged a 5-2 record with a 1.80 ERA while striking out 64 batters in 49 innings. After his collegiate 4-5 season in 1967, Strohmayer won 8 of 14 games for the 1968 Tigers. He struck out 114 batters (7th in school history) and his team-leading 2.13 earned run average remains as UOP's 6th best all-time. The 32-15 Tigers enjoyed one of their best teams in school history. Their 32 victories remain as the team's 2nd-most and the Tiger's .688 winning percentage is the school's 4th best. A month later, Strohmayer was taken in the 26th round of the 1968 MLB June Amateur Draft by the Oakland A's and was sent to the Rookie Gulf Coast League where he was 5-0 with 0.66 ERA in 41 innings. That same summer, Strohmayer posted a 3-3 record with a 1.85 ERA for the Peninsula Grays of the Class-A Carolina League.

1940 McCLOUD LOGGERS finished the Northern California Baseball League regular season in 4th place with a 9-4 record that included a full-scale, bench-clearing brawl at Redding with the Tigers. They beat the Weed Sons of Italy 12-0 on the final game of the regular season to get into the playoffs. Lee Mohr, Art Dikas, and Bob Cordoza each banged out three hits apiece during the 17-hit attack while Art Mangini struck out 15 Weedites in tossing the shutout. The Loggers went on to defeat the pennant winning 13-1 Mt. Shasta Eagles in the best two-out-of-three championship series to claim the 1940 NCBL title. Several Loggers moved on to professional baseball careers. McCloud would also claim NCBL titles by besting the Weed Sons of Italy two games to one in 1955 and the Yreka Indians in two straight games in '57.

Shortstop Ray Tran is the most notable of the '40 Loggers. He was born in Kamsack, Saskatchewan, Canada before moving to Seattle, Washington where he attended Franklin High School. He received a scholarship from St. Mary's College of Moraga, California and played a year of professional baseball where he hit .234 for the Anaheim Aces of the level-C California League. Tran spent the better part of six years in the military (1941-'46) during WWll before returning to professional baseball when he hit .213 for the 1947 San Diego Padres of the AAA Pacific Coast League. He then split time during the '48 season hitting .310 with 455 at-bats for the Tacoma Tigers of the level-B Western International League and .250 in 48 at-bats with the Vancouver Capilanos of the level-A Western International League. Tran spent the rest of his pro career in the WIL ending in 1954 with the Tri-Cities Braves (Wash. St.). In 1950, the strong-armed shortstop, along with his brother Len, set a WIL league record by turning an incredible 180 double plays. Ray Tran's best year as a professional came in 1949 when he hit .322 for the Vancouver Caps. He averaged .270 over the course of his 10-year minor league career. 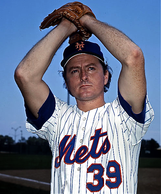 The Northern California Baseball League has existed in one form or another dating as far back as the late 19th century. The teams were mostly sponsored by nearby lumber and mining companies by providing jobs, not only for local players, but also for out-of-town ballplayers, especially ones from the San Francisco Bay Area. Several players were ex-pros, including major-leaguers and Pacific Coast League players, while a few others would move on to the minor and major leagues. In 1923, at age 14, the great Vernon "Lefty" Gomez, would ride the bus from Rodeo, Ca. (S.F.'s East Bay area) and pitch for Mt. Shasta to gain experience. Shasta baseball dates back to the early 1890s.

Mt. Shasta 1st baseman and clean-up hitter Gerald "Mickey" Risberg might have been the best Seal of them all but never played a single game in the minor leagues. He played the outfield for the Medford Chaney Studs of the Southwestern Oregon League in 1953. In 1959, he led the semi-pro Twin Cities Giants (Yuba-Sutter) to a Placer-Nevada League championship. Risberg led the team in batting and with just a few games left in the season, he was hitting .420, easily outpacing shortstop Clyde "Brud" Perry (.350) who had recently concluded his 8-year pro career. It's most likely that Mickey Risberg never got a shot at the pros, in part, because of the "Outcast" label that was pinned to his infamous, notorious father Charles "Swede" Risberg. In 1950, Mickey Risberg was a member of the Weed Sons of Italy. Like father, like son, Risberg was suspended from NCBL play for a period of five years for punching an umpire after a disputed called third strike. He returned to lead Mt. Shasta to a championship in '56 and a pennant winner (13-1) in '57. He was an NCBL all-star in '57 and '58 earning MVP honors with his 4-4 performance in '57. He became a Dunsmuir Merchant in 1962. Mickey Risberg attended Weed High School in Weed, California before attending Shasta Junior College in Redding ('52-'54) and Chico State in 1955. His brother Robert also attended Weed High where he set a California high school track and field state record in the 440.

Art Dikas spent several seasons as a SF Bay Area semi-pro ballplayer. As a high-schooler, he was named to the all-city team while playing for Balboa High in San Francisco.

Centerfielder Jack Sims got into one game, going 1-2, in 1941 for the Pensacola Pilots of the "B" Southeastern League. He spent 1942 with three teams at the "D" and "B" levels. He hit .369 in 65 at-bats for the Union City Greyhounds of the level-D Kentucky-Illinois-Tennessee League. After WWll, he became a member of the Burlington Bees of the "C" Carolina League however recorded no stats.

Pitcher Wes Bailey from Logan, Utah spent eight seasons in the minor leagues with six of those years at the "AAA" and "Open" levels. He began his pro career in 1942 at age 19 with the Oneonta Indians of the "C" Canadian-American League where he posted a 4-8 record and 4.59 ERA. After serving in the Air Force during WWll, Bailey returned to go 7-8 with a .467 ERA for the 1946 Scranton Red Sox of the "A" Eastern League. He spent the next five seasons at the AAA level with four different teams including the Oakland Oaks of the PCL where he went 9-8 with a 4.35 ERA. Bailey closed out his pro career in 1952 at age 29. He split the season between the San Francisco Seals and the Seattle Rainers, both of the "Open" level (better than AAA, but not quite Major League). 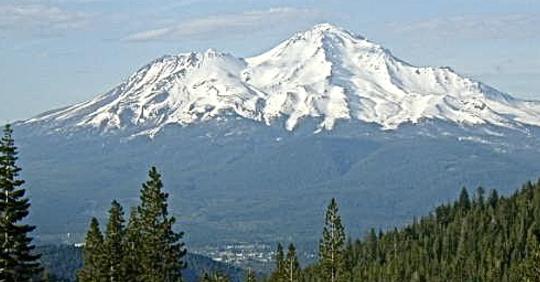 In 1892, the Mt. Shasta town team was simply known as Mt. Shasta. By 1900, they became the Mt. Shasta Base Ball Team before becoming the Royals around 1915, Mt. Shasta Millings around 1920, the Athletics in 1940 and the Mt. Shasta Athletic Club in 1948. They then became the Mt. Shasta Eagles during the early '50s until they changed their moniker to the Seals in 1956 after San Francisco of the Pacific Coast League donated their hot and heavy, woolen, hand-me-down uniforms to Mt. Shasta.             were already embroidered across to the upper torso of the jerseys so they simply changed their name to the Mt. Shasta Seals. The team responded by winning their 1st championship in 19 years as right-handed pitcher Babe Williams tossed an 8-0 shutout over the Scott Valley Stars to clinch the title. First baseman Bob Zucca from San Francisco hit a towering home run in the 5th inning. Williams finished the year with a 9-1 record.

Win a Northern California Baseball League championship and the odds are pretty good that some of the team's players will sign a professional baseball contract or have already done so. The 1956 and '57 Mt. Shasta Seals were no exception. Third baseman and lead-off batter Gene English hit .261 in 1951 for the Reno Silver Sox of the Class-D Far West League. Shortstop Rick Palfini played for two minor league teams in 1952--the level-C Idaho Falls Russets of the "C' Pioneer League (.218 average) and the Tri-City Braves (.200 average) of the 'A' Western International League.  Nineteen-year-old pitcher Lou Profumo from Alameda, Californian joined the '57 Seals later in the season after pitching 12 innings for the Corning Red Sox of the "D" New York-Penn. League. He went 1-0 with a 3.75 ERA. A year earlier, he pitched for three different teams at the D-level where he was 1-4 with a 4.94 ERA. Profumo went on to pitch five years in the minor leagues ending with the Reynosa Broncs of the "AA" Mexican League. He combined to win 15 games while losing 19 with a career .441 ERA. 1957 Seal pitcher Fred Glosser moved on to lead the 1961 San Francisco State Gators to a conference championship with his 15-3 record. He was named to the all-conference team and received All-American honors with his career 1.27 earned run average. In 1959, he pitched for Crolls and was named all-district during the Northern California National Baseball Congress semi-pro tournament.