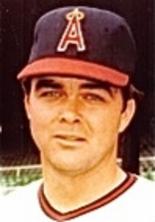 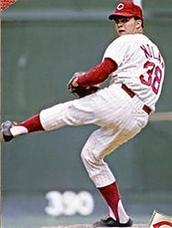 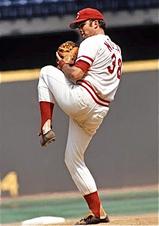 Once upon a time, there was a road sign placed alongside Highway 70 which read: "Welcome to Oroville Home of Gary Nolan". Gary Nolan is the greatest and most successful pitcher in the history of Northern California baseball. He was born in the tiny little northeastern California town of Herlong before moving to Oroville, California at an early age where he won more than thirty games as a high school pitcher and led his Oroville Tigers to three straight Sierra Foothill League titles. One of his rare amateur loses came in an extra-inning relief role against powerful Christian Brothers High School of Sacramento when a suicide squeeze bunt landed in left field. Nolan was pitching with a cast on his left wrist. He also led his Oroville Post-95 American Legion team to three straight championships from 1964-1966, winning eighteen consecutive games at one time during that span. At age seventeen, he struck out 23 Red Bluff batters and the following year, 1966, he K'd a Northern California record 25 batters in eleven innings against Yuba-Sutter Post 42. A few days later Nolan was selected in the first round of Major League baseball's annual June draft, 13th pick overall by the Cincinnati Reds and reportedly signed a $65,000 contract. That same year, the hard-throwing Nolan was sent to the Sioux Falls Packers of the class A Northern League where he compiled a 7-3 record, striking out 163 batters in just 103 innings. He posted a 1.82 earned run average while issuing only 30 free passes. He led the Packers in Innings Pitched (104), Complete Games (9), Win % (.700), and Strikeouts (163). His 1.82 ERA was the team's 2nd best while his team-leading 14.1 K's/9inn was 2nd best in the league. 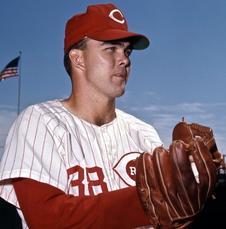 During the spring of 1967, Nolan, at age eighteen, made his major league debut by striking out the side in the first inning of a 7-3 victory over the Houston Astros. Later that season, against San Francisco with the bases loaded, Nolan consecutively struck out Willie Mays, Willie McCovey, and Jimmie Ray Hart. He struck out Mays four times that game. That same year, as a rookie, Nolan set modern-day records for an eighteen-year-old major-leaguer with his 14-8 record, 2.58 ERA (4th best in the N.L.), five shutouts, and 206 strikeouts in 227 innings. He led the Reds pitching staff in Complete Games (8), Innings Pitched (226.2), Strikeouts (206), K's/9 inn. (8.2), and Shutouts (5, second-best in the N.L.). His 2.58 ERA and .636 Win % were the team's 2nd best. Nolan was runners-up to Tom Seaver for the 1968 National League Rookie of the Year Award while his 8.179 K's per nine innings was best in the National League. Instead of coddling the young pitching sensation, manager Dave Bristol and the Cincinnati Reds pitted the 18-year-old Nolan head-to-head against some of the greatest pitchers in baseball history where he out-dueled the likes of Juan Marichal, Bob Gibson, Don Drysdale, and Jim Bunning.

Arm problems cropped up early the next year and Nolan began the season at Tampa in the Class-A Florida State League before rejoining the Reds later that spring. Although his arm ailments persisted, he still managed to record a 9-4 season (.692 Win%), 2.40 ERA, and 6.7 K's/9inn., all 2nd best on the '68 Reds pitching staff. During his 2nd start of the following season, Nolan pulled a muscle in his right forearm. The injury cost him three months of the 1969 major league season and a demotion to Indianapolis of the AAA American Association for rehab. There, he went 2-0 with a 2.90 ERA while logging only 31 innings before returning to the Reds where he finished with an 8-8 record, 3.56 ERA, and averaged a team-best 6.9 strikeouts per 9 innings. In 1970, "The Big Red Machine" got rolling with new manager Sparky Anderson. Cincinnati won the National League with their 102-60 record only to fall 4 games to 1 in the World Series to the Baltimore Orioles. Nolan finished the regular season at 18-7 (.720 Win %), his 2nd best as a major-leaguer and 3rd best in the National League. He led the Reds in strikeouts with 181 and innings pitched with 250.2. Nolan was the Reds opening day starter in the 1970 World Series pitted against Baltimore's 20-10 Jim Palmer. In 1971, Nolan slipped to 12-15 with a 3.16 ERA before rebounding in 1972 by leading the National League with his .750 winning percentage (15-5). Nolan garnered 13 wins before the All-Star break but was scratched from the National League team and placed on the disabled list due to neck and back injuries. He returned to post a stellar 1.99 ERA, just two-hundredths of a point below Steve Carlton's National League-leading 1.97 ERA. The Reds again won the National League however fell to the Oakland A's in the World Series.

The injuries were adding up, but was told by Sparky Anderson that he had to pitch with pain. Nolan only appeared twice for the 1973 Reds and missed the entire '74 major league season after the removal of a calcium spur from his right shoulder. His K's/9inn. was down to 2.6. He no longer had the great fastball and had to rely on changing speeds and pitching savvy. After pitching only 45 innings in an Instructional League, Nolan returned to the majors in 1975 where he posted a 15-9 record and 3.16 ERA for the World Champion Reds. His 1.2 walks issued per nine innings was the best in the National League. He led Cincinnati's pitching staff with 210.2 innings pitched as the 108-54 Reds swept Pittsburgh in the NL Championship Series before topping Boston 4 games to 3 in the Fall Classic.

1976 was much the same. Nolan led the Reds with his 239.1 innings pitched while winning 15 of 24 games with a 3.46 ERA. He allowed only one walk per nine innings pitched, again leading the NL. He also led the NL by issuing 28 gopher balls. Cincinnati swept the Phillies in the NL Championship Series and then swept the New York Yankees in the World Series with Nolan getting the victory in the final. The arm problems returned in 1977 and all but ended his major league career. All toll, Nolan spent 10 years in the majors with a .611 winning % (110-70) while posting a career 3.08 earned run average. He struck out 1,030 batters in 1,674.2 innings pitched. In 1983, "Gary the Great" was enshrined into the Cincinnati Reds' Hall of Fame. He would be considered, along with Hall of Fame pitcher "Lefty" Gomez of the 1930s as Northern California's greatest and most successful pitcher of all-time.