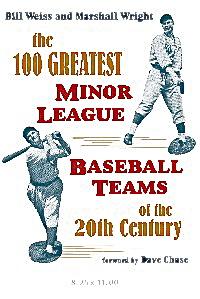 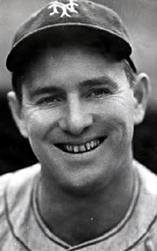 Frank Demaree (Joseph Franklin) was born on a ranch (orchard) between Woodland and Winters, California. He played 2nd base for the Willows Giants of the Sacramento Valley League after graduating from Winters High School in 1927 where he hit .448 his senior year. In 1928, he played for Woodland, Willows and Knights Landing before spending the '29 season with the Marysville Giants of the SVL. That winter he hit .262 for the Oakland Oaks of the California Winter League. Demaree returned to Marysville for the 1930 season and was hitting .381 before signing a contract with the Pacific Coast League's Sacramento Senators in July where he finished the summer hitting .228 in 41 games. Demaree got his 1st hit as a professional off San Francisco Seal pitcher Clyde "Tub" Perry, the burly left-hander whom he'd faced in 1929 when Perry led the Colusa Prune Pickers to a SVL championship. Perry went 16-2 including 12 consecutive wins in a row to end the regular season, both SVL records that stood the test of time. In 1931, at age 21, Demaree joined Sacramento natives Stan Hack and Tony Freitas and hit .312 while leading the Senators in RBI's with 184. The 21-year-old Hack hit .352 and Freitas went 19-13 with a 3.09 ERA for the 86-101 fifth-place Senators. The following year, Demaree was batting .364 with a .519 SLG before being sold to Chicago where he batted .250 for Roger Hornsby's Cubs. After a managerial change, the 90-64 "Cubbies" won the NL pennant however were swept in the World Series by Ruth and Gehrig's New York Yankees. Demaree got into two games, went 2-7 with 4 RBI's, and hit a home run in game #4. Stan Hack was also a member of the Cubs but didn't get a WS at-bat.

After hitting .272 for the Cubs in 1933, Demaree was sent down to the Cubs' AAA affiliate, the Los Angeles Angels for more seasoning. The 1934 Angels with their 137-50 championship season have often been noted as the greatest minor league team of all-time. Demaree and pitcher Fay Thomas are featured on the cover of Bill Weiss' and Marshall Wright's the 100 Greatest Minor League Baseball Teams of the 20th Century. Thomas led the PCL in wins (28-4) while Demaree won the league's Triple Crown. He hit .383 with 45 HR's and 173 RBI's. He also led the league in hits (269) and runs scored (190) while stealing 45 bases and named the Pacific Coast League's MVP. Of course, Demaree returned to the Cubs for the '35 season where he responded by hitting .325 for the pennant-winning 100-54 Cubs. He played in all six games and went 6-24 with two homers in the World Series as the Cubs fell this time to "Schoolboy" Rowe and his Detroit Tigers. 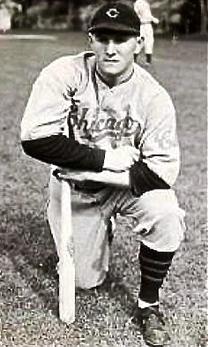 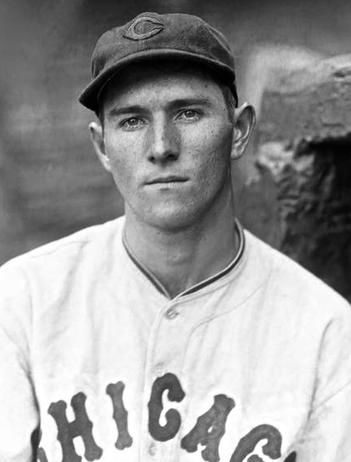 Demaree photo from a May 27th, 1935  Woodland Daily Democrat newspaper article after he drove in seven runs for the Chicago Cubs during a doubleheader against the Philadelphia Phillies. Demaree went 6-8 on the day including two home runs and a perfect 5-5 in the 2nd game of the twinbill. 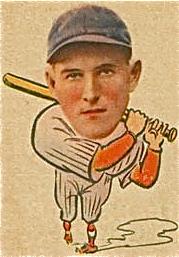 In 1936, Demaree hit .350 with 16 homers for the Cubs and was selected to the National League All-Star team by receiving 90% of the fans votes for the starting right field position. He singled off the great "Lefty" Grove as the Nationals won their first All-Star game 4-3 and later finished high in the NL's MVP voting. Even though Demaree suffered a slight shoulder injury in an off-season auto accident, he still managed to hit .324 with a career-high 17 home runs in 1937. He was again selected to the All-Star game and collected six hits in a row in a 14-inning contest against the Cardinals. After slipping to .273, Demaree got traded to the New York Giants where he rebounded to hit .304 for the 1939 Giants and .302 in 1940, the 5th and last time that he would reach the .300 plateau. For the next four years, Demaree played mostly as a journeyman player with four different ML teams; however, he did make a bit of a comeback in 1943 when he hit .291 in 64 games for the pennant-winning 105-49 St. Louis Cardinals. Demaree went 0-1 as Stan "The Man" Musial and the Cards lost the World Series to the New York Yankees four games to one.

Frank Demaree spent a total of 12 seasons as a major leaguer, half of those with the Chicago Cubs. He averaged .299 with 72 home runs and a .415 slugging percentage over the course of his ML career. He played in 1,155 games, collecting 1,241 hits in 4,144 at-bats with 36 triples and 190 doubles. He also scored 578 runs while driving in 591. Demaree would be considered as among Northern California's top hitters of all-time.