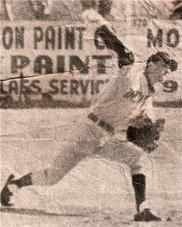 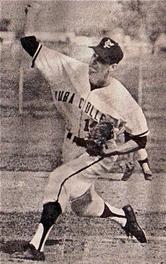 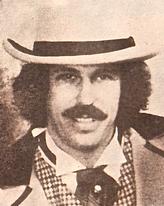 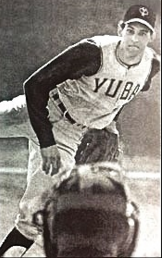 Dave Rottman was born in the historic gold-rush town of Marysville, California, however grew up across the Yuba River in an area known as Olivehurst-Linda. He is mostly regarded as a record-setting baseball player, custom home builder, and rare book dealer. The right-handed pitcher-shortstop has set more than 45 records at the high school, college, and semi-pro levels, and as a professional while performing in the Canadian Leagues. Twenty-five still stand. In 1966, as a sixteen-year-old rookie pitcher for Yuba-Sutter Post 42, he squared off against Oroville Post 95’s Gary Nolan in what would be considered as the two greatest pitching duels in Northern California baseball history. At Oroville, in front of 25 professional scouts, Rottman recorded a 1-0 victory. A combined thirty-three batters struck out. A week later, at Marysville’s historic Bryant Field, the two pitchers battled to an 11-inning, 0-0 statement. Thirty-seven batters struck out. All toll, after 20 innings, one run was scored and 70 batters had struck out, Northern California records that still stand. A week later, Nolan became Cincinnati’s first pick in Major League Baseball’s Annual June Draft and a few years later, led the Reds to back-to-back World Series Championships. 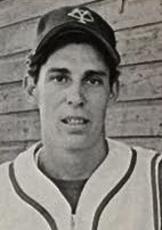 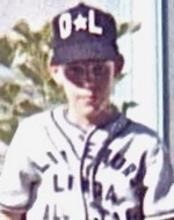 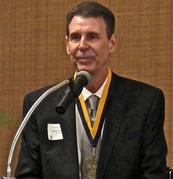 Dave Rottman attended Chico State for one semester before transferring to the University of Manitoba where he majored in Philosophy and minored in Physical Education. He received his teaching credentials from Brandon University in 1975 and worked for the Dauphin-Ochre School Division for two and a half years as a Physical Education Co-ordinator before resigning and going into private business. From 1973 to 1977, he worked for the Dept. of Tourism, Recreation, and Cultural Affairs conducting baseball clinics throughout Western Manitoba. In 1977, Rottman opened "New Horizons" in downtown Dauphin and operated the clothing store for three years before moving to Victoria, British Columbia and opening "Redworks" gallery at Harbor Square Mall. In 1980, he made his last appearance as a ballplayer when he hit .400 as a 2nd baseman for Lumberworld of the Victoria Baseball League. Dead Arm injury from overuse limited his career as a pitcher while a rotator cuff injury and torn forearm muscle ended his career as a player.

In 1986, Rottman married Sandy Dawn Winfield and the couple moved to the foothills of Loma Rica, California. Sandy worked as a Dental Hygienist for 23 years in Yuba City while Dave became a General Contractor and constructed custom homes for 20 years, mostly in the Yuba-Sutter area, but also in Oregon and Arizona. He was among the first Northern California contractors to utilize energy-effecient, all-stucco exteriors and concrete roofing tiles. In 1988, Rottman was hired as hitting instructor at Yuba College where his 49ers set several milestones, including Slugging Percentage and Doubles in a season and Most Home Runs and Total Bases in a game. The team averaged .310 for the season, fourth-best in school history, with eight starters topping the .300 mark including two batters hitting over .400. In 2015, Rottman was inducted into the Yuba College Sports Hall of Fame and two years later, enshrined into the Northern California Association Sports Hall of Fame, an organization that was established in 1947.

Rottman's 160 strikeouts led all college pitchers in the nation while his 160 single-season and 269 career K's are bested only by Fresno City's Dick Selma during the 1962, '63 seasons as the state's all-time J.C. strikeout leader. For the year 1970, the twenty-year-old Rottman compiled a 27-8 record including 343 strikeouts in 273 innings pitched with a 1.65 ERA at four different levels of competition. He was 3-0 without allowing an earned run for the semi-pro Twin Cities Giants of the Mexican-American League (10-1 career) before heading to the Canadian leagues where he posted an 11-3-1 record while leading the Dauphin Redbirds of the Manitoba Senior Baseball League to their best season in team history and a birth in the league's championship series. Rottman received the league's Top Pitcher Award and tossed an unprecedented 2nd 20-strikeout performance in less than two months. Upon returning to California, Rottman joined the San Mateo Twins of the Bay Area's Peninsula League  where he hit .294 as the team's 2nd baseman when not pitching. He posted a 1-1 record with a 1.50 earned run average striking out 16 batters in 16 innings pitched. Rottman has won more games and struck out more batters in Yuba-Sutter history, both in a single year, and most all-time. His 343 k's in a calendar year is the 3rd most in Northern California baseball history at any level. 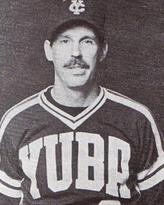 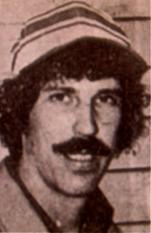