​"But I must think, he thought. Because it is all I have left. That and baseball."

northerncaliforniabaseball.com is an ongoing website providing a foundation or framework for a more extensive history of California baseball played in the northern part of the state. Unlike books, magazines, newspaper articles, and other printed matter, the site has the flexibility to enable additions, changes, and corrections. A general overall history can be gained quickly at one site by clicking the highlighted buttons which will lead to stats, biographies, memorabilia, and commentary pertaining to college, semi-pro, and professional baseball that was played from the game's earliest beginnings. The Existential Ballplayer, a baseball novel, goes beyond statistics and chronicles the humanistic journey of a Northern California ballplayer and the roadblocks faced during his quest to become a professional.

Sources, or the content of NCB, are mostly from the archives of public libraries, (digital or documented on microfilm), Newspapers.com, baseball-reference.com, college and university websites, Jay-Dell Mah's Western Canada Baseball, goodoldsandlotdays.com, and other published matter including Official Baseball Annuals printed by the National Baseball Congress. The contents of NCB are as accurate as a history can be, based on official publications and by others who were in a position to record such events. Some content is of the first-hand nature while several pages remain under construction until further information is obtained.

"It's been stated before that the most difficult task in all of sport is to strike a round hardball squarely and with authority using a rounded club, especially when the ball is traveling 90-plus miles per hour, all-the-while dipping, sinking, cutting or sailing; not to mention trying to hit a curveball, slider, splitter, spitter, knuckler, change-up, forkball, screwball or God only knows what else, and if that weren't enough, there's the fear factor, conscious or subconscious, of the brush-back, high-and-tight-one, or the dreaded beanball, whether intentional or not, that can bruise, break a bone, or even kill you. Ah yes, baseball, the non-contact sport -- good for the soul but tough on the body"

​    Douglas Tilden, hailed as the Michelangelo of the West, was born in Chico, California in 1860. Scarlet Fever left him a deaf mute at age five. Two years later he entered the California School for the Deaf in Berkeley, California and later attended UC Berkeley before leaving for Paris, France to study art. In 1889, while in France, Tilden created "The National Game", or "The Base Ball Player", recognized as the single most famous and classic baseball figure art piece of all time. The life-size plaster sculpture of a baseball pitcher toured art exhibitions in New York and San Francisco before William E. Brown of the Southern Pacific Railroad bought the statue and donated it to the city of San Francisco provided it be showcased at Golden Gate Park where it still stands today across from the Garfield Monument near the Conservatory of Flowers.

“After 19 years in the big leagues, 40-year-old Billy Chapel has trudged to the mound for over 4,000 innings. But tonight, he’s pitching against time, he’s pitching against the future, against age, against ending. Tonight, he will make the fateful walk to the loneliest spot in the world, the pitching mound at Yankee Stadium, to push the sun back into the sky and give us one more day of summer.”
-- Vin Scully. For Love of the Game. The movie with Kevin Kostner as Billy Chapel.

"As far back as I can remember, I’ve been fascinated by how athletes respond under duress -- when the crowd’s screaming at the top of their lungs; when the game’s at stake; when the championship is on the line; when the count is full and the bags loaded in a game that’s all tied up with two outs in the bottom of the ninth -- that choice that someone makes that not only alters their own life but the careers and lives of others as well."

"I see great things in baseball. It's our game -- It will take our people out-of-doors, fill them with oxygen, give them a larger physical stoicism. Tend to relieve us from being a nervous, dyspeptic set. Repair these losses, and be a blessing to us." 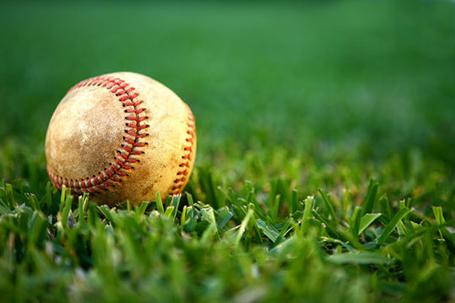